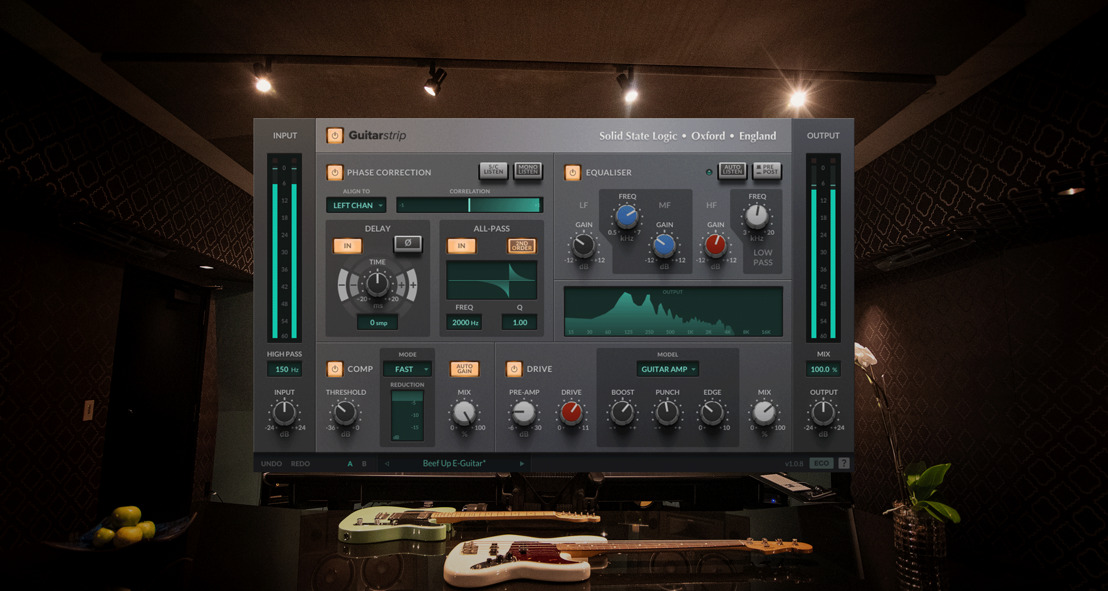 Oxford, England, September 6, 2022 — Solid State Logic forays into the world of guitar processing with Guitarstrip, the latest plug-in added to its ever-growing SSL Complete subscription, available from only $14.99 per/m (Ts&Cs apply) and in several formats including VST2, VST3, AAX and AU.

With Guitarstrip, SSL brings its years of experience to a universe of musicians and producers working in the box. The new plug-in complements their renowned Drumstrip and Vocalstrip 2 plug-ins and enables users to access mix-ready guitar tones faster and with greater efficiency. Aside from providing classic tube amplifier emulations, Guitarstrip also contains SSL’s legendary EQ and dynamics processing, as well as phase correction controls so your signal sounds exactly as it should before hitting 'record.'

"Guitarstrip is a fantastic solution for both recording and mixing, and a great all-rounder for electric, acoustic and bass guitars," says Jon Sandman, product manager of plug-ins at SSL. "Guitarists will appreciate the Drive module, which can be used to achieve anything from a clean and subtle tone, to trashy, overdriven distortion."

In addition to the Drive module, which also contains Boost, Punch, Edge and Shape controls to help sculpt the added harmonics, Guitarstrip also contains three other powerful modules: Phase Correction, which helps identify and resolve common phasing issues; Compressor, which contains five carefully selected compression presets as well as an Auto-Gain feature; and EQ, which has a simplified 3-band channel for tonal shaping among other features.
​

Key features of the new Guitarstrip include:

​Along with the SSL Complete subscription, Guitarstrip is also available at a cost of $199 via the SSL eStore.