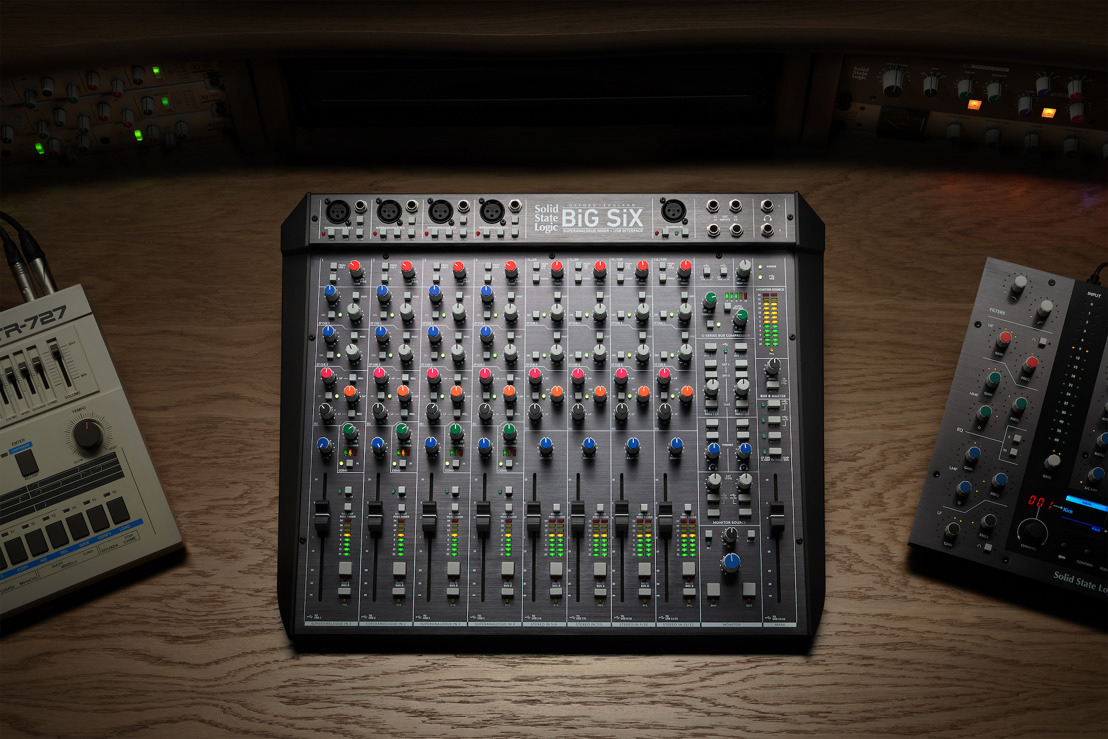 BiG SiX is the ultimate tool for artists and musicians working in a hybrid recording and mixing environment. The console's SuperAnalogue™ design delivers the punch, clarity, and ultra-low distortion that engineers love from the company's 9000 consoles, along with a new 16 channel AD/DA USB interface. Also included is an 'Essential Version' of the SSL G-Comp Bus Compressor, now with the renowned ‘Auto’ release feature, channel dynamics processing and a three-band EQ based on the iconic SSL 4000E console. Producers and mix engineers will appreciate BiG SiX's comprehensive monitoring section featuring full source matrix feeding two independent headphone outputs, along with its impressive 18-channel analogue summing at mixdown capability. The result is that BIG SiX is the essential SSL studio.

"SiX introduced SSL console-grade processing and workflow to a wider range of users, and BiG SiX, with its enhanced feature set and full USB interface integration takes this a stage further, providing all of the essential tools of a hybrid studio. BiG SiX sets a new benchmark in desktop mixer performance and we can’t wait to see how users enhance their productions with it.” comments Nigel Beaumont, Managing Director of Solid State Logic.