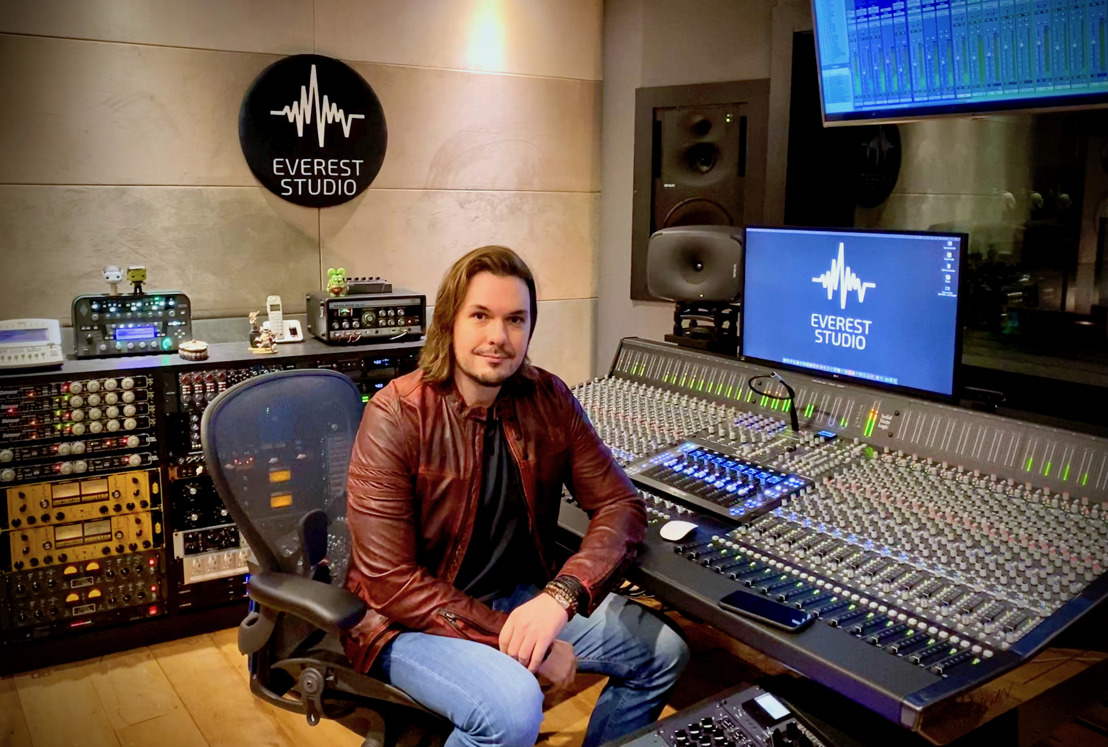 Everest Studio is in Alphaville, which is part of the Metropolitan Region of São Paulo, the largest municipality in Brazil. The studio is only a short drive from the city of São Paulo, he says. “When clients come here, they want a different experience. That’s what we’re trying to offer. The main idea was to have 32 channels on the console for live recording. I also have a nice collection of external preamps and other equipment that I can expand to, so I can record and mix 64 channels.”

It was ORIGIN’s 32-channel layout that attracted him to the console, Tonin says, as well as SSL’s reputation. “We do a lot of live recordings here — not just overdubs. We have a big, really nicely treated live room so we get the best isolated but live feel. We can put the drummer in a booth and record the grand piano and do a live take of the vocalist. And everybody can see each other, it is the best of both worlds”

Executing sessions intuitively with ORIGIN
​For a studio focusing on the live recording experience, ORIGIN is a real time-saver, according to Tonin, and has significantly changed his workflow. “One thing that we always fight is time. Budgets are getting smaller, so people want to squeeze a lot into a single day. We need to be quick with our decisions. We can’t waste time testing things, so having 32 preamps and EQs is awesome. You can set up a session really, really quickly without having to think about patching. Of course, you can explore a little, maybe for the vocal. But to begin the session you need to get things going quickly.”

ORIGIN also fits his style of mixing, he says. “I mix hybrid, so it’s the perfect console for me. I start the mix process in Pro Tools and then put everything on the console. When you mix, especially on transient-heavy stuff like snare drum, you can really drive it harder than on a DAW mix. The SSL EQs are fantastic; I love them. And having those subgroup faders in the center section where I can do parallels, or use them as master faders for whatever I want, is fantastic.”

​Integrating UF8 in the hybrid studio
​As for controlling his DAW, he says, “All my Pro Tools needs are met with the UF8. It’s a fantastic piece of gear and incorporates really well into the console design. I’m using it especially for automation. I love the faders for automation; they feel great.”

Tonin had previously used the location as a personal studio, he says, producing his own projects using a collection of outboard microphone preamps, compressors and other equipment. Then, two years ago, he began a remodel with the aim of launching Everest as a commercial recording studio, also enlisting his friend, five-time Latin Grammy Award nominee Thiago Baggio, as his main engineer. “He’s known for working with what is called MPB [Música Popular Brasileira or Brazilian Pop Music] and jazz. So he’s bringing a lot of those projects here to the studio.”

Having previously relied on a few channels of SSL’s VHD (Variable Harmonic Drive) outboard mic preamps while operating the facility as his personal studio, the immediate availability of 32 SSL PureDrive mic preamps and E-Series 242 type EQs across the ORIGIN console has been a leap forward for Tonin. “Plus it sounds great. I really enjoy recording rock, all different styles of rock, and for me the SSL console is fantastic for that sound.” The PureDrive mic pre, with its selectable characteristics, is particularly suited to the music that he likes to record, he says. “Selecting ‘Drive’ gives almost a compression feel to the sound. It’s really nice.”

Intelligent routing and plenty of faders
​Tonin notes that he can also introduce alternative analog character and color through ORIGIN’s routing capabilities. “We make good use of the outboard gear using the inserts on the small faders or the large faders. We can record a live session and use all these tools that makes everything sound even better. All of our tracking and mixing takes the best of those analog devices to get the best sound possible. No plug-ins can match that.”

Everest’s main tracking room is an unusual layout, comprising two offset but linked rectangular spaces. “The drum room is connected to the piano room. It’s an open-space concept. We decided to do that because mostly the center of a live room stays empty. People like to put their amplifiers and instruments against the walls. So it’s better to have this style of room, with different spaces integrated together.”

Rather than linking the control room and the live space using a single connector panel, he says, “We have connections throughout the room. We don’t have a master path; we put buckets of eight connectors in the different spaces, so you don’t have to run long cables. You can just plug in near you. We really thought about the design a lot, it is great especially for video recording, keeps everything really organized.”

As with elsewhere around the world, opportunities to work with clients have been dependent on the ebb and flow of the coronavirus, Tonin reports. However, one major project that has come out of the remodeled facility was by Projeto Sola, a Christian rock band. “I recorded the whole album and we just released an EP,” says Tonin.