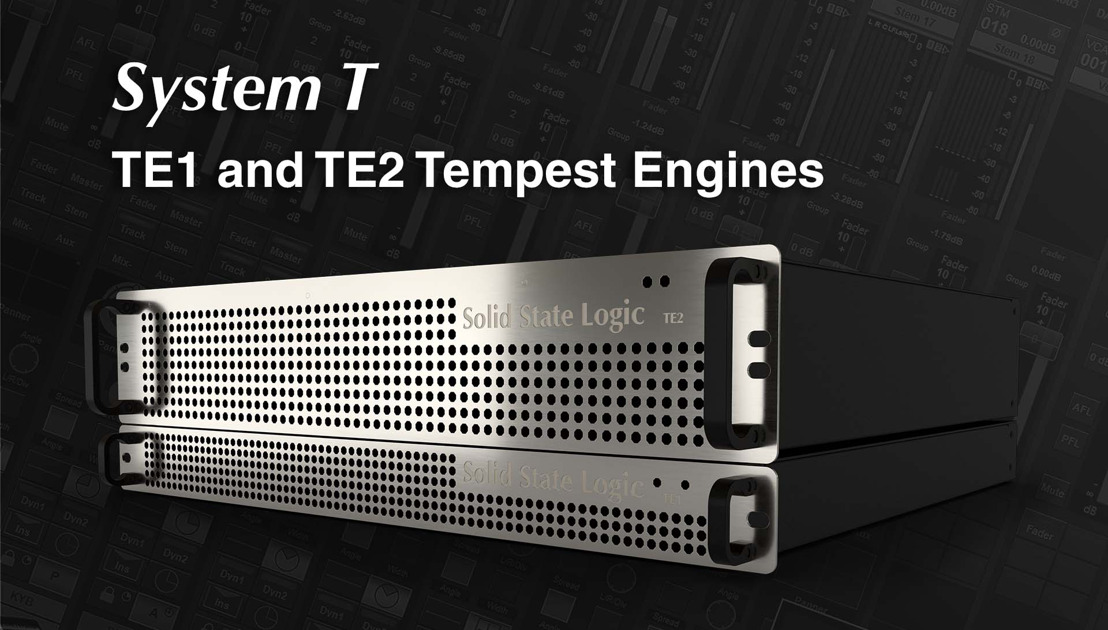 The new TE1 Tempest Engine supports Processing Pack 1 (140 paths) or 2 (256 paths) while the TE2 engine supports all five packs, from 140 to 800 paths at 48 kHz or 85 to 500 paths at 96 kHz. The TE1 is equivalent to the original T25 engine for System T, which offered a maximum of 256 paths, while the TE2 matches the previous 800-path T80 engine. The two new engines and five processing packs expand beyond those configurations to offer a wider variety of channel path capacities that align with a broader range of applications and budgets.

Additionally, the System T V3.1 software provides alerts and warnings as any processing pack license nears its expiration. The new SSL licensing platform enables users to retrieve licenses as required and seamlessly add them to their console systems.

SSL invites you to arrange a demonstration or consultation with a broadcast specialist to walk through product features and real-world broadcast scenarios using its latest System T software and DSP engines. To register for a meeting or consultation, please visit https://www.solidstatelogic.com/events/ibc-2021.