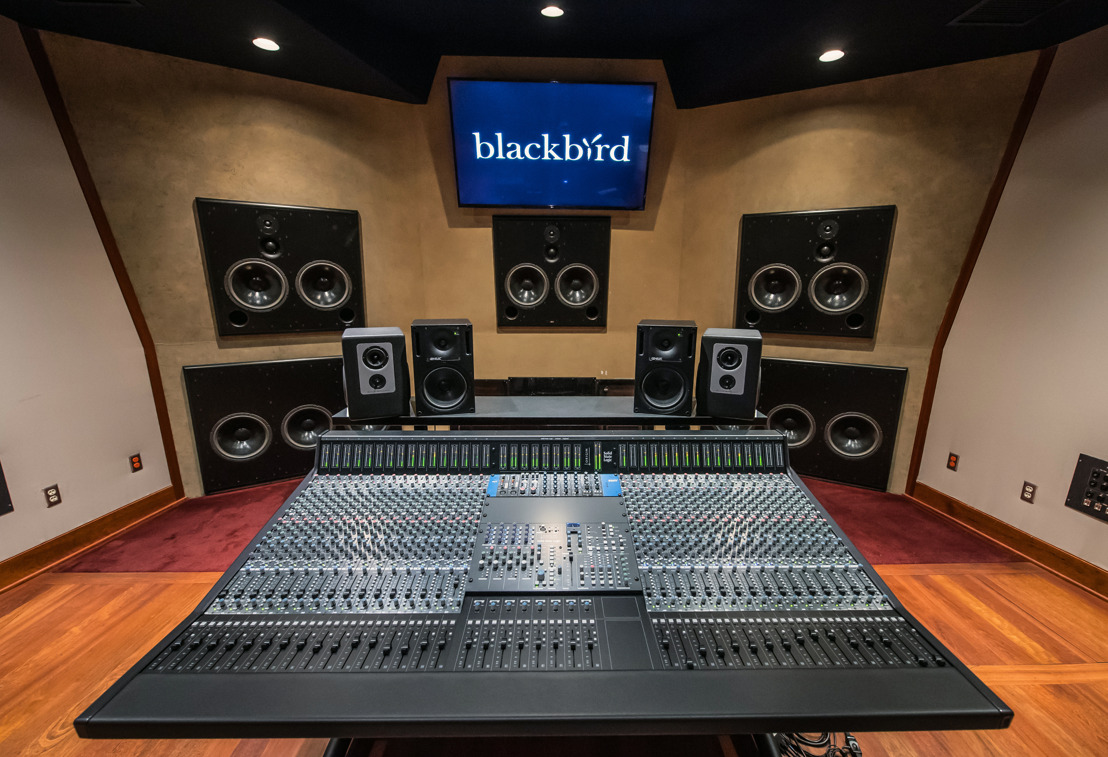 Nashville, June, 2020 — Blackbird Studio, established in 2002 by sound engineer John McBride and his wife, country music superstar Martina McBride, is renowned for its production facilities and for its unparalleled collection of vintage and modern recording equipment. That collection recently got even better with the addition of one of the very first Solid State Logic ORIGIN analog in-line mixing consoles to come off the production line in Begbroke, England.

The Blackbird complex has grown over the years to encompass nine studios plus the Blackbird Academy, a post-secondary audio engineering school established in 2013, that together occupy three buildings in the Berry Hill neighborhood of Nashville. The new SSL ORIGIN desk has been installed in Studio F, which was originally built for hit-making engineer, mixer and producer Justin Niebank — whose long list of credits includes projects by Keith Urban, Rascal Flatts, Vince Gil, Taylor Swift, Bon Jovi, Brad Paisley and Kenny Chesney, among many others.

McBride describes his first encounter with ORIGIN: “I first became aware of the console at the AES Show in 2019. I am always excited to have the first console installed, especially when I believe in that particular piece of gear or equipment.”

Shortly after ORIGIN was installed, Blackbird had to close temporarily due to the coronavirus pandemic like most businesses — so McBride is looking forward to spending more time with the desk when the studio can reopen. “My initial impression is that it’s a great re-thinking of the SSL method and sonics,” he says. It seems as if SSL has maintained the parts of the legacy that make sense in the modern day in terms of audio and functionality. The layout seems very logical and familiar. The routing is very flexible and intuitive. I can’t wait to get to mix something on it.”

ORIGIN’s in-line analog signal path supports today’s hybrid record production workflows, enabling recording to and summing from the workstation through the console, which features the E-Series EQ and classic SSL Bus Compressor. “ORIGIN has a familiar feel and layout to previous SSLs but allows us to easily include other audio pieces through the 500 series racks, and omits automation and recall, which are more commonly done within a DAW these days,” says McBride.

Niebank, who has worked regularly in Studio F since it was opened, notes that as his hybrid workflow develops, ORIGIN enables him to spend more time mixing with a console rather than using a mouse. But whether his principal focus is on the desk or the workstation, ORIGIN’s classic SSL performance and sound play an integral part in his mix process in several ways, he says.

“First, in the age of in-the-box mixing, I wanted to get back to performance mixing,” Niebank says. “ORIGIN is the perfect setup for this. I can go for an intuitive mix and then tweak within the computer. Second, depending on the situation, I can do a board mix and then transfer levels to the computer and continue. And third, because ORIGIN allows one to put all faders at zero, we can split out a mix created in the computer and enjoy the best analog summing available. Because high-resolution streaming is now available, this is essential for the future.”

While the evolving hybrid setup in Studio F means that there is a reduced complement of outboard gear in the room now, says McBride, “Being at Blackbird, practically every analog audio processor is available upon request. The most important thing about Studio F is its unparalleled acoustics, coupled perfectly to an ATC monitoring system. It feels great in there, it looks great and, most importantly, it sounds great.

The compact form factor and technical specification of the new desk offer additional benefits and allowed ORIGIN to be installed without modifying the room. “The smaller footprint of the console makes it manageable to work on and has kept the room acoustics unchanged,” says McBride. “The reduced heat load, sleep mode and power requirements are also welcome.”

Mark Rubel, co-director of the Blackbird Academy and an instructor at the school, observes that the new ORIGIN will serve as a great learning tool for the students: “It will be useful to the Blackbird Academy in familiarizing our students with the SSL layout, as many of them end up in studios with SSLs of various vintages. I polled some of our guest mentors who have SSLs to see what’s important to them that an assistant should know. They did say signal flow and layout, which this console exemplifies well, and that they weren’t concerned with SSL automation and Total Recall®, which the assistants can learn if they need to.”

Studio F may be set up as a mix room, says Niebank, but ORIGIN’s comprehensive feature set, in-line layout and SSL pedigree are a good fit for any recording studio control room. “I know that Studio F is primarily for mixing, but if anyone is thinking of purchasing a new console for a tracking studio, ORIGIN would be my recommendation,” he says. “It's perfectly set up for that.” 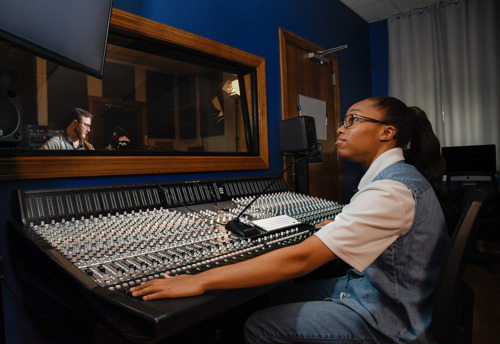