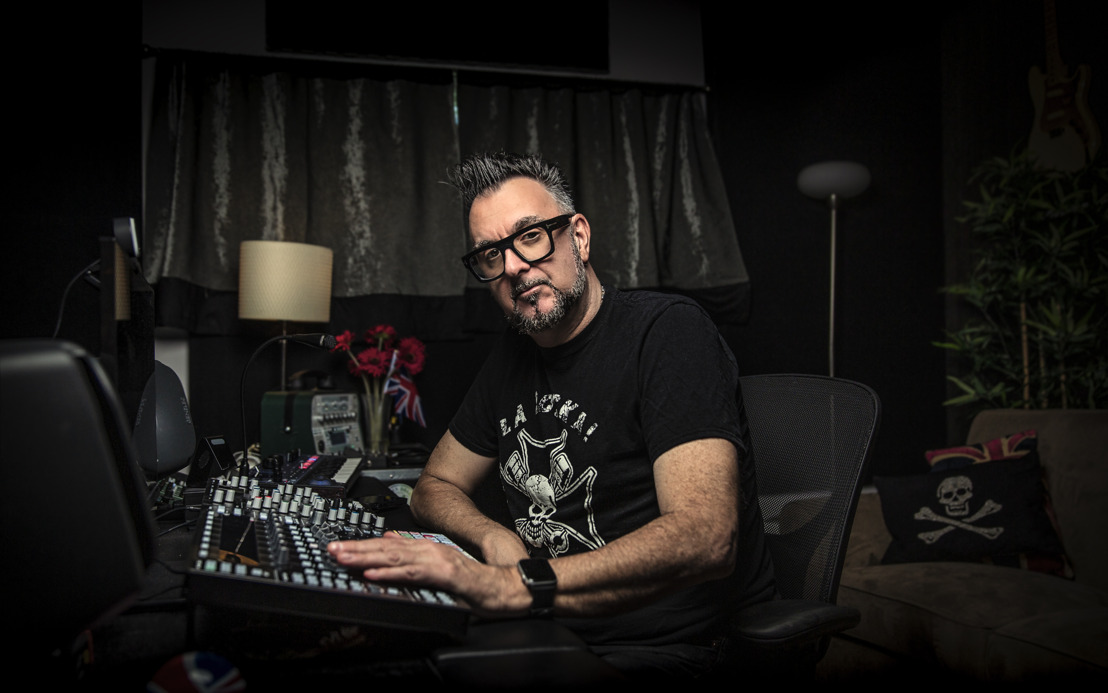 Austin, Texas, March 10, 2022 — U.K.-born mixer, producer and musician Tim Palmer’s 40-plus-year career is marked with many production and mixing milestones, from winning his first BPI Gold Disk in his late teens, to his first U.K. No. 1 single at the age of 21, through working on Pearl Jam’s Ten, one of the all-time Billboard 200 top 15 charting albums, and receiving a GRAMMY nomination for U2’s All That You Can’t Leave Behind. Palmer marked another milestone in 2021, buying his first SSL products — the UF8 advanced DAW controller and UC1 hardware plug-in controller — and installing them at his Studio 62 in Austin, Texas.

Palmer established Studio 62 in 2009, setting it up as an analog/digital hybrid mix and overdub room. The two new SSL controllers replaced an older set of faders on his workstation. “The quality of the build on these SSL faders has been really nice,” he says. “They react really well to the touch, which is important to me.”

Listening with the UF8 and UC1
​Since starting as an assistant at Utopia Studios in London at age 18, Palmer has had decades of experience working on mixing consoles, initially with tape machines. “I was contemplating the other day that for most of the early part of my career I rarely looked at a screen,” he says. “I never had to look at audio wave-forms or a computer monitor.” With the new UF8 and UC1 installed, “It’s so refreshing to not have to use your eyes and just concentrate on listening, and to be able to physically touch an EQ or a fader is a welcome return."

Palmer previously had a fader controller in his setup, but the upgrade to the UF1 and especially the UC1, which provides dedicated hardware control of the SSL Native Channel Strip 2 and Bus Compressor 2 plug-ins via the SSL 360° software, has taken his workflow to another level. “Getting away from the mouse and being able to manipulate the EQ has been rewarding. It's nice to be able to close my eyes, turn the EQ and say, ‘OK, that sounds good,” he says. “And having multiple bus compressors available to insert onto my sub-groups is an added bonus.”

There is one particular feature of the UC1’s plug-in control capabilities that he returns to time and again, he says. “I use the ‘Focus’ feature a lot. Being able to hover over a parameter and turn an actual knob is a much nicer feeling than using the mouse.Most times, when I’m checking the final mix, I'll switch off the monitor and just sit and listen and not get drawn into what’s on the screen. It makes a bigger difference than you would think, you hear it in a very different way.”

SSL and a long history of automation
​Palmer now has more power at his fingertips with the UF8 than he had at his first job, he observes. “It’s nice to have the controller and be able to use the SSL automation. When I began, in 1981, one of the first records that I ever got the opportunity to mix was a solo record by Rick Wright, the keyboard player from Pink Floyd. He wanted to work in Studio A at Utopia, which had an SSL without automation. So I cut my teeth mixing on an SSL, but in a manual, all hands on deck kind of way,” he says.

Palmer won his first Gold Disk for co-producing a track on Kajagoogoo’s 1983 debut album, White Feathers, working again in Utopia’s Studio A. The instrumental track, “Kajagoogoo,” was used in the John Hughes movie, ‘Sixteen Candles’, released that same year. “I also recorded a Dead or Alive album in that studio,” he says.

The funny thing is, he continues, "I've mixed and worked on SSL consoles ever since I began in the music industry 40 years ago, and this is the first time I've ever purchased anything from SSL! I was very fortunate to grow up in the generation where it was the studio’s responsibility to own all the gear. It was only when the music industry changed and Pro Tools arrived on the scene, that we mixers built our own studios. That’s when I began to have to buy my own equipment.”

Mixing Tears for Fears' "The Tipping Point"
​Palmer has been keeping busy at his own Studio 62 since SSL released the controllers in early 2021, mixing projects from established artists — the title track from the new Tears For Fears release, The Tipping Point, which debuted at No. 1 on Billboard's Top Album Sales chart on March 12, is just one example — as well as local and international up-and-comers. “One of the great things that has changed in my career is the ability now for artists to contact me from other countries; that was never feasible before,” he says. “It gives me the opportunity to work on music that was previously unreachable, so I really appreciate that change.”

As result, he’s been mixing projects by Cinthya Hussey from Brazil, Slavia, an artist from Russia, Ireland’s Rowan and Kelly Monrow from New York City. Palmer also recently finished mixing a new album from The Polyphonic Spree and a record for Australia's The Butterfly Effect. Tim also recently produced a new album for Austin's Jackie Venson.

Another project Palmer has been working on is a new solo album from Ville Valo, former singer of Finnish band H.I.M. “I made a lot of records with H.I.M. back in the day,” he says. “Ville has set up his studio in Helsinki in a similar fashion to mine, he was very kind to buy a pair of the smaller monitors that he has been using, so now we can critique the mixes using the same reference points.”

Growing comfortable in a hybrid workflow
​Over the years Palmer has amassed an impressive list of credits that also includes David Bowie’s Tin Machine, Robert Plant, Ozzy Osbourne, The Goo Goo Dolls and U2. Many of those projects involved SSL consoles: “I loved the SSL J Series consoles, and towards the end of the glory years, I was able to work in glorious million-dollar studio complexes. The last few projects I mixed on a J series were the Porcupine Tree record, In Absentia and I mixed "Everybody Loves a Happy Ending" for a Tears For Fears record on the J series at Larrabee Studios. I also mixed "Stuck in a Moment," the U2 song, on Scream’s J series."

After decades of working on SSL analog desks, Palmer has now grown comfortable using today’s hybrid workflows where, at Studio 62, his SSL controllers and his DAW sit alongside a modest collection of analog outboard equipment. “I must admit to being a bit of a Luddite, in the sense that it took me a little longer than some to be convinced that this was the right path. But once I got my head around it, and understood how it all works, I became a big fan of the new approach and gear” he says. “Now that we can get the best of both worlds, and have less compromise.”